Berserk Watch Order [Where To Watch] 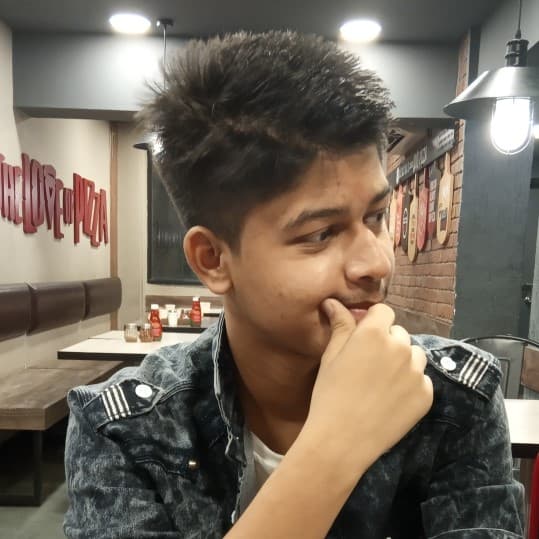 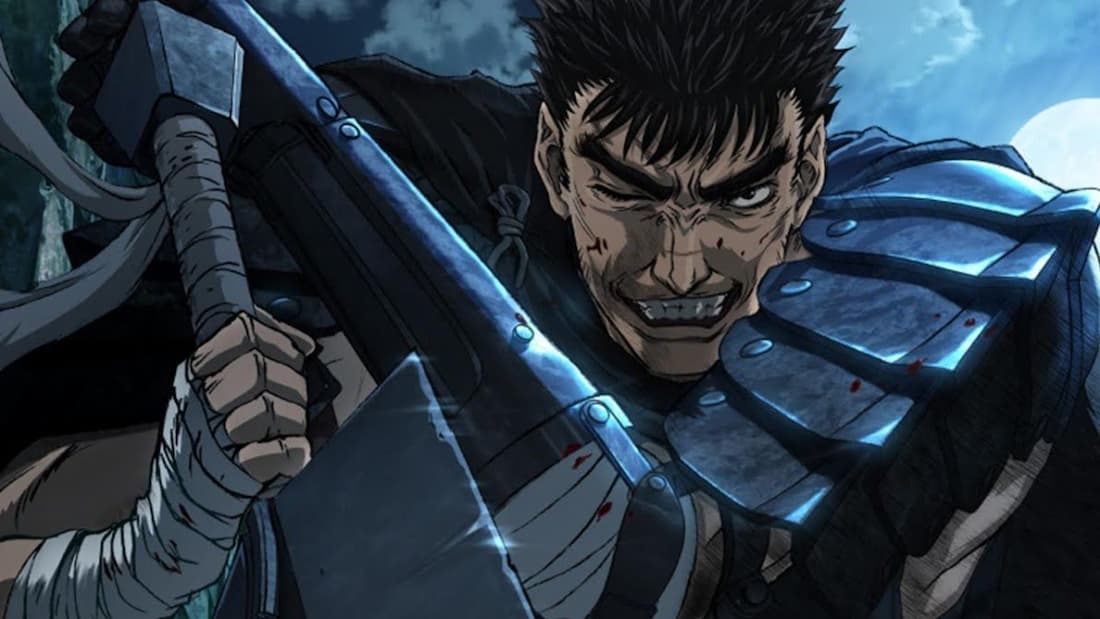 Berserk is one of the most successful manga series in the entire world. Written and illustrated by Kentaro Miura, it is widely acknowledged by critics, as one of the best pieces in fiction.

This manga got adapted into various anime series from 1997 to 2017. And so, fans always look forward to the anime adaption and the sheer entertainment it has to offer.

However, they tend to run into the problem of not having a proper watch order.

Therefore, we have created the ideal watch order for any Berserk fan who wants to enjoy his beloved franchise to its fullest.

The chronological watch order of Berserk is fairly standard. It initiates with a TV series that started back in 1997 and then proceeds to a trilogy of movies.

Thereafter, the watch order consists of 2 seasons of the new Berserk anime and finally, an OVA that recaps a few episodes in the series.

Where to watch: Netflix and FUNIMATION

The first movie of the Trilogy is available on Netflix while the second and third movies are available on both Netflix and FUNIMATION.

Berserk (2016) and Berserk 2nd Season, however, can be watched on both Netflix, and Crunchyroll.

The original Berserk from 1997 and Berserk: Recollections of the Witch are not available on any platform as of now.

Therefore, it is convenient for fans to just start watching the series in the sequence that it was released.

Here are the installments in the order of their release date.

Berserk (1997) starts with Guts and his life as a mercenary. This man is going to do anything that you ask him to, as long as you offer him some good money.

However, he doesn’t stay in one group for long. That is until he comes across a group called the Band of the Hawk.

The leader of this group, Griffith fights against Guts in a dual. And while the other members were no issue for him, Griffith managed to take down Guts in just one blow.

And from that point forward, Guts became a member of the Band of the Hawk.

This is going to change his life forever. And he will see a new face of the planet that he has never seen before.

This is going to be awesome.

2. Berserk: Golden Age Arc I – The Egg of the King

Berserk: Golden Age Arc I – The Egg of the King is the first installment in the movie trilogy.

This one focuses on a war that takes place between the kingdoms of Midland and Chuder.

The core story remains the same with Guts joining the Band of Hawks, due to his loss against Griffith.

However, this time around, the Band of Hawk is going to take the series to the next level.

They will be focusing on an all-out battle and doing whatever they can to win it.

However, soon enough, we will realize that the true nature of this battle is far beyond what meets the eye.

And that’s why Berserk Golden Age Arc I will be a game changer for you.

Berserk: Golden Age Arc II – The Battle for Doldrey is going to be the game-changer in the series.

And that’s because this movie is featuring the biggest plot twist in the entire series.

The story focuses on Griffith and the Band of the Hawk, dominating every single battle that they are a part of.

However, Doldrey seems to be a tough place to conquer, even for this group. But when you have warriors like Guts, nothing is so difficult.

And so, Griffith decides to take on Doldrey. And although he manages to succeed in the battle, he soon realizes that Guts is leaving the group now.

And this single moment will change the course of the show for everyone in the series.

Berserk Ougon Jidaihen III: Kourin is the final movie in the trilogy. It talks about the redemption of the Band of the Hawks.

The idea here is that Griffith was imprisoned because of his attempt at treason. And so, the entire band is now falling apart.

The group that was treated with the highest degree of respect, is now coming down to the last wire.

They are going to try their best to save Griffith and bring him back as the leader of the band.

However, Griffith is no longer the man he once was. Due to horrific torture, Griffith has lost everything he once had.

However, he will have a choice. And let’s just say that this choice will decide the fate of the band for the rest of their reign.

Berserk (2016) is all about the hardships of Guts as he is separate from the Band now.

He is going to bring the change that is needed in the system. And the only reason why he is doing so is vengeance.

He will be battling against none other than Griffith. And let’s just say that this battle is going to be a remarkable one.

Griffith is going to bring down Guts as well. And so, this duel will be game-changing, regardless of who is winning it.

On his journey, Guts is going to meet a few new people. And let’s just say that these new companions will help him reach his goal now.

Berserk 2nd Season is the direct continuation of the original Berserk 2016 and happens to be in proper coherence with its predecessor.

The story talks about the prevalence of demons in the current world. Guts and his group is facing unreal amounts of trouble and hardships as they are constantly hunted by these demons.

The group can’t take a breath without losing themselves to the constant threat of being attacked.

Soon enough, they realize that there exists a place that is free from all these hassles.

And that place will be the defining factor for the series. Guts and his group have no choice but to find this place and seek an abode there.

However, they must find the culprit for all of this as well.

7. Berserk: Recollections of the Witch

Berserk: Recollections of the Witch is nothing but a recap of the first 9 episodes of the second season.

The entire point of this OVA is to revise the events that took place in the series and set the stage for the upcoming story to take over.

These are the highest-rated episodes in the entire franchise. And let’s just say that fans lose their minds over these episodes.

If you haven’t watched any of these episodes, I request you to do so as soon as possible.

This episode is so dark that you will be shaken from the core. The story focuses on Griffith’s will.

It says that Casca and Guts will be sacrificed to the apostles. And so, things start to get complicated for Guts.

Moreover, after Griffith is reborn, he goes on to do the unthinkable with Casca and Guts endures the torture in the meantime.

The story in this episode focuses on The God Hand. Griffith has the potential to become one of the God Hand members.

However, in order to do so, he must sacrifice the Band of the Hawk. And that is going to be the game-changer for all of us, including Griffith.

Guts was the one who took down Julius. However, since his son witnessed the entire murder, Guts had no choice but to kill him as well.

But this left a scar on Gut’s mind. And let’s just say that this scar will change the way Guts looks at the world.

This episode is filled with tragedy from every angle. While Casca and Guts find Griffith in a horrible position, the members of the Band experience a disgusting slaughter by the monsters.

Yup, that’s how messed up the situation is in this episode. However, the way these guys deal with it is so entertaining.

This is where Griffith gets the tool that allows him to contact the God Hand. and that’s why this episode is so crucial for the viewers.

The idea here is that Griffith has lost everything that he had. And although Casca is willing to extend a helping hand, he is going to attempt contacting the unthinkable.

1. What should I watch first in Berserk?

It would be best if you first watch the original Berserk from 1997 as it sets up the mood and story very well for the viewers.

It follows the core narrative and provides an action-packed experience that keeps the viewer hooked for the entirety of the series.

Berserk 2016 is a direct continuation of the Golden Arc Trilogy movies. The story flows from that direction and continues flowing until the end of the second season.

Yes. One should avoid skipping the original Berserk 1997 since it adapts the manga extremely well and sets up the plot for the viewers.

Moreover, it is considered to be one of the best installments from the franchise.

4. Can I skip Berserk movies?

It wouldn’t be advisable to skip the Golden Arc Trilogy. All the movies are true to the narrative and continue the story that was set by the original series.

Moreover, Berserk 2016 is a direct continuation of the movies so skipping the movies can cause problems while watching the new Berserk as well.

5. Which Berserk movie is best?

Berserk Ougon Jidaihen III: Kourin is widely regarded as the best movie in the Berserk franchise.

And it is all because of the events that take place in the main storyline.

Let’s just say that the movies are far more interesting than what meets the eye.