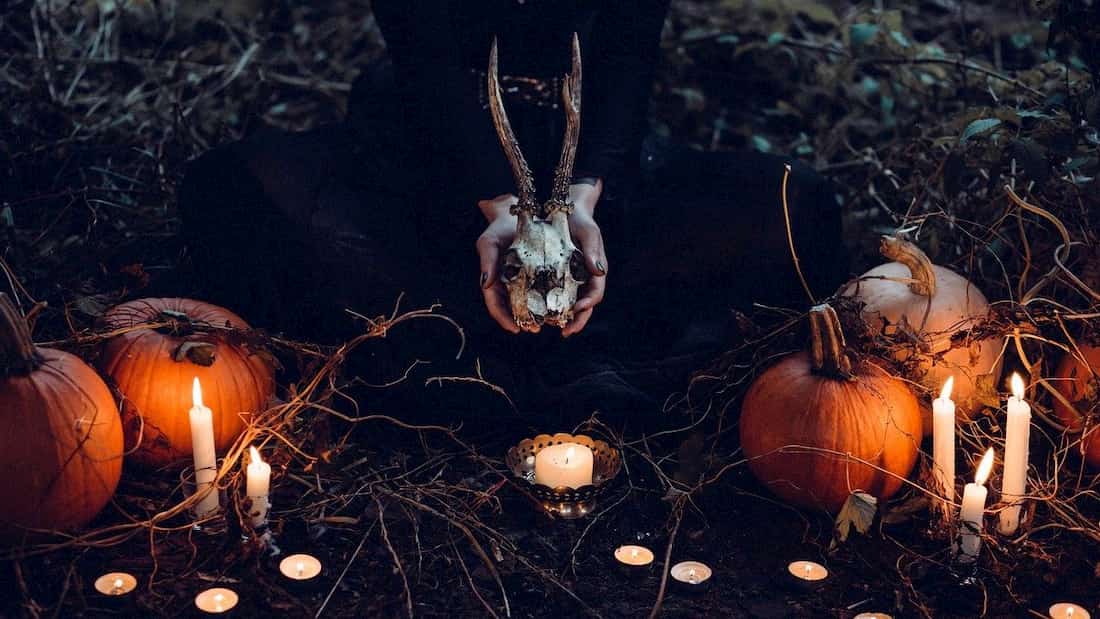 It’s that time of the year again, and we aren’t talking red suits and reindeers. Halloween is just around the corner. This year we’re getting some extra-witchy vibes, what with the day boasting a ‘blue moon’. To keep your own blues at bay, we at Entoin have collated a list of outstanding horror movies to enjoy this Halloween 2020.

Our selections considered each movie’s storyline. Meaning, how much horror (true or fiction) that each of the films listed below packs. There is no ‘order of importance’ or ‘scale of horror’ in the way we numbered them. Enjoy viewing with family, friends, or (and this one comes highly recommended by this writer) alone.

What Came Before – Some Classics Worth Re-Watching

In this category, we’d like to share a few yesteryear titles that still have not lost their horrific charm. There is only one 2k film on this ‘classic’ list, but that’s only because it released far from 2020 (pardon our strange stretch of logic).

This one’s a heart-stopper in more ways than one. Re-watching it, you can still feel the cold cruelty of space and its hitherto unknown denizens. Like a certain slimy alien that pops out of your body and can grow into a full-length ‘Queen-Beast’. You will lose sleep for days with this classic SciFi-Fantasy directed by Ridley Scott. Sigourney Weaver’s performance in this movie has earned her a cult following ever since.

Rather ‘possessive’ demons in this one. The film takes a gory turn that remains true to the style of classic horror films. Bruce Campbell’s performance in this Sam Raimi directed title will be etched in your memory for sheer insanity value. Watch out for that chainsaw.

A typical ‘Americans touring Britain’ story gets hijacked by a werewolf theme, and everything goes fur-crazy after that. Some real chills and thrills in this one, directed by John Landis and starring the ‘hapless American’ David Naughton.

Stoker is the novelist, by the way, from whose book a wealth of ‘Draculian’ adaptations have sprung up over the years. This particular movie, however, stands out in the crowd. Directed by Francis Ford Coppola and starring excellent talents like Anthony Hopkins, Keanu Reeves, and the mesmerizing Gary Oldman in the titular role, this movie is definitely worth watching during the witching hour.

Neither here nor there, year-wise, this ‘subtle’ horror movie will give you distinct chills. The Robert Eggers directed film takes you on a curiously unnerving journey into the lives of a farming family living in rural New England in the 1630s. Anya Taylor-Joy gives us a stellar performance and keeps the tension going in this genuinely creepy film.

If you’ve had a horrifying hotel experience, it will pale in comparison to what went down with this family, who have since gone down in ‘horror history’ as a lesson that anything can happen to anyone in this world. Directed by Stanley Kubrick and starring the extraordinary Jack Nicholson, this ‘esoteric’ movie must be on your Halloween watch-list.

One of the scariest movies of all time, with meme-worthy scenes and popular performances that have been mimicked to no end, this story involves a supernatural theme that has been with us throughout human history. The movie, directed by William Friedkin, deals with demon possession in ways that have since set the standard for horror filmmakers to come.

What devilish delights await viewers in this ‘almost end of the world’ film based on a centuries-old biblical element, namely the Antichrist. The 2006 remake failed to capture the same horror as this original. Director Richard Donner makes a case for the end times in this brilliant film. Just don’t go shaving your pate to search for the ‘666’ imprint.

This Tobe Hooper directed masterpiece is said to be based on true events. Regardless, it provides scream-worthy scares and chills that will last you a lifetime. The fact that Steven Spielberg wrote the screenplay further adds to its watchability.

One of Stephen King’s best books, and a brilliant adaptation directed by Mary Lambert, this movie packs enough horror value to inspire nightmares in the weak-hearted. Stephen King also wrote the screenplay, making this title true to the scare-value found in the book by the undisputed ‘King of Horror’.

What Released Recently – Some 2K Horrors Worse Than the Pandemic

In the list below, you’ll find some fresh names that lend worth and polish to the evergreen horror genre. Go ahead and add them to your Halloween watch-list too, why dontchya.

This Kristen Stewart starrer directed by William Eubank gives viewers a creepy peek into the mysteries (particularly the supernatural kind) of the Great Deep. Exploring the Mariana Trench has probably never proven this lethal.

A bizarrely terrifying movie, this beautifully directed (Matt Bettinelli-Olpin and Tyler Gillett) film stars Samara Weaving and Adam Brody in what could well be one of the finest weddings-gone-bad horror flicks of all time. We truly pity the dress.

A Russian-language film that puts the ‘H’ in Horror, this Egor Abramenko directed title is filled with weird chills of the alien kind. Promising moments when you’ll forget to blink, this outer space horror unravels on Earth, making it that much scarier. The tension is very real, as observed through the eyes of talents like Oksana Akinshina.

Director Craig Zobel must have been crazy to say yes to this controversial film that is as horrifying as it is probable. Starring Betty Gilpin and Hilary Swank (whose fight scene alone has made a case for women-centric stunts in the film), the movie gives viewers a strange look into the ‘likes’ of even stranger people.

You will find every reason to stay silent after watching this film directed by John Krasinski, starring the man himself and Emily Blunt. The performances are brilliant and the storyline has perfect pacing.

We can’t have a horror-list without H.P.Lovecraft featuring in it. Director Richard Stanley gives Nicolas Cage some frightfully good screen-space in this bizarre and brilliant film that will take you by surprise when you least expect it to. Though the movie involves clichés like an isolated farm and meteorites, its performances and timing are nothing short of excellent.

Screenplay and direction by the clever Leigh Whannell has rendered this movie a class apart. Great shots and even greater performances from Elisabeth Moss and Oliver Jackson-Cohen round off a perfectly good scary movie that will make you curl up with your legs off the floor.

The 2015 movie became a revelation in children’s horror. The books from R.L.Stine still hold value in our lives. The 2018 sequel adds to the thrills that we’ve all come to cherish and adore, especially where Halloween is concerned. This Ari Sandel directed film stars Wendi McLendon-Covey and a certain ‘Slappy the Dummy’ in what we’d like to call a cool Halloween film.

We thought we’d finish with something silly but sweet. Adam Sandler’s performance in this title (and that amazing Swiss-army-thermos of his!) is thoroughly enjoyable. There’s also a nice message in this Halloween movie directed by Steven Brill.